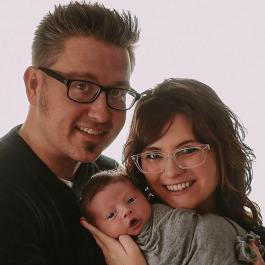 Dan is thrilled to return to Northridge!

Prior to this he was the Director of Choirs, Music Chair, Online Music Course Developer, Technical & Music Director for the school musical and also the Auditorium Director at Huntington North High School.  For five years at the start of his career, he was Director of Choirs, Music Department Chair, International Baccalaureate Music Coordinator, Musical Director, Show Choir Band Director and Music Theory Instructor at Northridge.  At both schools, his choirs have gained notoriety at both a State and National level as finalists and contest champions receiving “Gold” ratings and Grand Champions on various occasions including twice achieving the state All-Music Department Award.

He is one of the few directors in Indiana to have both a show choir and a concert choir in the Indiana state finals the same year.  For four years, Dan was the Education Editor and Co-Creator of “Song in Motion” The Show Choir Magazine” covering all national and international aspects of show choir.  In 2016 he was the Northeastern Indiana Excellence in Education Music Teacher of the Year.

Dan holds a Bachelor’s Degree in Telecommunications from Ball State University, and Vocal Performance and Music Education degrees from Indiana University.  This school year Dan was named Huntington County Community Schools Secondary Teacher of the year, Indiana Teacher of the Year top 25, and also one of the Top Ten Indiana teachers of the year. With his wife, Heather and his “fur” babies, Lucy, Katze (pronounced “cat-sah” & Furmata: the Destroyer, they welcomed their first child, Bryant, this last February. 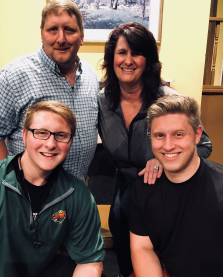 Hello! My name is Sandra Manglos. I have been teaching music for the past 19 years in St. Francis, Minnesota. I earned my Bachelor’s degree in Music Education from Bethel College in St. Paul, MN and a Master’s in Education from Saint Mary’s University, in St. Paul, MN. I started my career as an elementary music teacher at East Bethel Community School and taught there for 4 years before moving to St. Francis Middle School.

During my 15 years at SFMS, I directed and developed a robust choral program featuring 400 students, and started and managed a competitive, award-winning show choir. In addition, I was the Music Director for both our middle school theater program and our district’s accelerated Summer Children’s Theatre productions.

I am blessed with an amazing family including my biggest supporter and husband of 24 years, Wes. Our lively house includes our eldest son, Caleb, our youngest son, Aaron, and my parents, who have lived with us for three years. Caleb loves to dance and has worked as my assistant director and choreography clean-up director for the past year for my show choir. Aaron, our other son, attended Bethel University as a PSEO student this past year and, now graduated from high school, will continue his education there in Psychology and Communications.

Outside of school you will find me singing, laughing, attempting to play the guitar, reading, going to the theater, traveling, playing “Farkle” with anyone who will let me win, and spending time with family, friends, and my animals. Ask me about Sadie and Cooper, or Zeus!

My professional mission is to encourage my students to become lifelonglearners, critical thinkers, and creative problem-solvers. I strive to ensure a safe environment where students can feel free to learn and take academic and music risks and embrace the process of learning. I believe each child has special gifts and talents to be appreciated.

I am so very excited to be given the opportunity to teach at Northridge High School where vocal music is held to the highest standard, students are motivated towards excellence in singing, and where the community and administration are so welcoming and supportive. I look forward to making music with you!

Jeff is a choreographer, clinician, and adjudicator from Fort Wayne, IN. He has been choreographing high school and middle school show choirs for more than 19 years. His groups have consistently received Best Vocals, Best Choreography, and Grand Champion awards at competitions throughout the Midwest. Jeff was a three-year member and Dance Captain for the internationally recognized Ball State University Singers. He has performed professionally with Decatur Park Singers, Cedar Point, the National Tour of the Christmas Carol, and Busch Gardens Williamsburg, where he also served as Voice Captain. Locally, he has been seen on stage at the Fort Wayne Civic Theatre. Jeff is also a member of the award-winning a capella group, One Generation. Jeff enjoys spending time with his wife Mindy, and their son, Caleb.